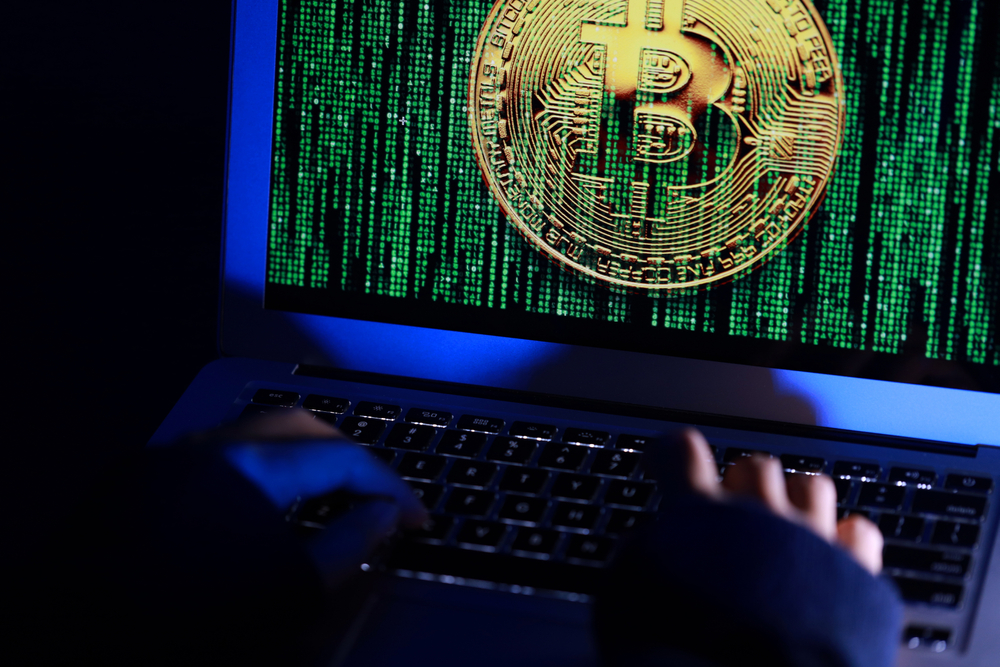 These are all questions that everyone wants to know the answers to.

Let's dig deeper and find out can bitcoin be hacked, stolen, lost, or duplicated.

And how to keep your bitcoin as secure as possible.

Where are Bitcoins Stored?

Bitcoins can be stored in either a wallet on your computer or with an online service.

There are many different types of wallets to choose from and they can be split into three categories:

Online bitcoin wallets are wallets where the bitcoin is stored remotely on a server.

The security can vary from service to service, but many of these services are like banks and there may be few ways that hackers can attack them.

One risk with online wallets is if your computer becomes infected by malware (malicious software) or spyware then it can gain access to your wallet without your knowledge.

A mobile bitcoin wallet can be installed on your smartphone and can allow you to spend bitcoins anywhere that accepts them or convert them back into cash when required, but the downside is that they can easily be lost if the phone gets stolen or misplaced.

If there are no backups of any kind then all of those coins can be gone for good.

Desktop/Offline bitcoin wallets can be installed on your computer.

The benefit of a desktop wallet is that it can't get lost if the device gets stolen or misplaced, but there are also downsides to this type of wallet – they can become corrupted and malware can find its way onto them as well.

Offline bitcoin wallets can also mean hardware devices that can be more secure than a desktop wallet.

Can Bitcoins be Hacked?

Now that we know bitcoins are stored in bitcoin wallets, can those wallets be hacked?

Online bitcoin can be attacked by malware and spyware, but a good service will have strong security that can keep their servers safe.

Mobile can be lost if the phone gets stolen or misplaced, but can also be hacked with a virus.

Desktop and offline can have the risk of being hacked, but can also become corrupted.

In other words, no one can hack the bitcoin blockchain itself but they theoretically could hack the individual wallets.

Especially if the services that hold the wallet or the wallet owners don't take the proper security precautions.

Can Bitcoin Wallets be Lost and How to Prevent This?

Bitcoin can be lost if the device that stores it is damaged, destroyed, or becomes corrupted.

For example, hardware wallets can become unusable because the backup can't be restored.

There is also the risk of forgetting the password to a bitcoin wallet, and so it can never be accessed again.

If you lose access to your bitcoin wallet and can't recover it, then your bitcoins can be lost forever.

This actually happens more often than you might think.

There can be a number of reasons for this, and it can happen to anyone who owns bitcoin – no matter how long they've had the coins or how many bitcoins they have.

The most important way to protect your bitcoin wallet is by taking backups.

You can take a backup of the encrypted file containing the bitcoins on an offline device or by using a USB drive.

If you can't take an offline backup, then it is still possible to make regular backups of your bitcoin wallet to an online service.

You can also make a backup of your bitcoin address and private key by using the “Copy Address” button in the main menu.

This can't be used to restore a wallet but can be helpful for exporting private keys in the case of hardware wallets and paper wallets.

A word of caution, bitcoin paper wallets are an obsolete and unsafe way of storing your bitcoins.

Paper can decay and become easily damaged, and can also be lost or destroyed.

Here are 3 tips on how to best secure your bitcoin wallet:

Can Bitcoin Be Duplicated?

No, bitcoin can't be duplicated.

This can be a good thing because it makes bitcoin more scarce, but also can create an issue if something happens to the original bitcoin and can't be recovered.

For example, if a bitcoin is lost due to damage or can't be accessed because of forgetting the password then it can't be duplicated.

This can make it hard to recover from a loss if the bitcoins can't be recovered and you can't create copies of it.

Whether you are new to Bitcoin or already a seasoned user, it is important to understand the risks and consequences of these potential vulnerabilities.

Fortunately, there are preventative measures that can be taken with proper security practices for all of them.

For example, by using multi-signature wallets your bitcoins will not be lost if only one private key holder loses their private keys; instead, they will have access to multiple signatures in order to spend the funds.

Consider implementing this practice now so that you’re prepared should something happen down the road!